Meanwhile in Leicester, joiner and shopfitter James Jelley sets up in business, laying the foundations for one of the East Midlands’ best-known and most successful building companies. In 2019, Jelson Homes celebrates alongside these world-famous institutions as it marks its 130th Anniversary.

After 58 years in business, the company known as J Jelley & Son incorporated as Jelson Homes in 1947, and today is run by Robert and Graham Jelley, the great-grandsons of the founder.

With 14 active developments ranging from Waddington, Lincolnshire in the north and Long Buckby, Northamptonshire in the south, today’s firm has come a long way from its humble origins in Shenton Street, off Humberstone Road in Leicester (pictured) – the base for the business until the mid-1950s, when Jelson Homes moved into its present headquarters on Loughborough Road.

In the years since then, Jelson has become a by-word in the region for quality building and is one of the few construction companies to continue to use traditional bricks and blocks for its walls, even upstairs. The firm still has its own joinery shop, manufacturing kitchen components, windows and staircases for its developments.

The business invests in its future staff, with a thriving apprenticeship programme which has produced many award-winning tradespeople. The latest batch of winning apprentices includes Katie Smith, the company’s first female bricklaying apprentice, who last year was named Prince’s Trust Young Achiever of the Year for the Central region, as well as Jewson’s ‘On The Tools’ Apprentice of the Year.

Jelson is a real family business. The Jelleys aren’t the only ones with multiple generations working in the firm – there are many others who choose to follow their parents and grandparents into Jelson Homes.

People stay with the company. Jelson’s Quarter Century Club recognises those who have been employed by the business for more than 25 years and includes both current and retired staff.

Reaching the grand old age of 130 intact is something few other UK house builders can boast. Jelson are keen to celebrate the achievement and will be holding an anniversary weekend of events this summer at its developments across the region.

In addition, there will be a series of exciting competitions on its Facebook page, with prizes linking up with some of the other landmarks celebrating their 130th anniversary. Like and follow Jelson at facebook.com/jelsonhomes to find out more.

Articles from 2020
Our Covid-19 visitors’ safety policy
New show home open on the Thurnby/Scraptoft border for Jelson Homes
Going, Going, Gone!
Articles from 2019
Jelson launches Christmas appeal in support of Rainbows Hospice
Is buying still a better choice than renting?
August in the garden
JELSON OPEN FOR BUSINESS IN SHEPSHED
Trust Jelson to make the moving easier
Join Jelson in celebrating 130 years this weekend
Jelson brings tradition bang up to date
Fabulous choice for first-time buyers at Fieldfare
Award-winning Jelson apprentices lead the way for women in building trades
Jelson opens new show home in Waddington
Make moving easy with Jelson part exchange in Newborough
New show home at The Milkings
Renovate or move? How the costs stack up.
Christmas appeal brings cheer to Rainbows Hospice
Articles from 2018
Blow away the cobwebs with a winter walk
ARE YOU DREAMING OF A GREEN CHRISTMAS?
Jelson’s Christmas Appeal – A Family’s Story
Jelson’s Christmas Appeal And How Your Donations Will Help
Jelson Launches Christmas Appeal In Support Of Rainbows Hospice
Get your garden ready for winter
Jelson wins local recognition for historic Wigston development
How to make your home as safe as houses
Try a taste of Jelson Homes next weekend
Houseplants for health and happiness
Jelson’s new £1.2m bridge links Birstall development to Park and Ride in move to cut car journeys
Jelson show home style now open in Long Buckby
The Help to Buy future is safe with Jelson Homes
Suntrap Shades That Are Good Enough To Eat
Top tips to help keep your garden buzzing
A new home with all the right connections? Take a look at Jelson Homes in Long Buckby.
How to have a right royal knees up!
Great choice of detached homes at Hallam Fields
Jelson’s Ferncote development offers a home choice for all
Rent vs buy, we ask the question
Your last chance to buy a brand new Jelson home in Hinckley!
Jelson’s Heartlands development in Corby – a perfect commuter location
Jelson welcomes in the green shoots of spring with new development, The Leys
Last chance to enjoy modern living at Winchester Place
Jelson announces last chance to buy in Coventry!
Time is running out to buy at Farmlands, Markfield – don’t miss out!
During National Apprenticeship Week, Jelson celebrates three-generations
Loughborough’s living, breathing show home
Dazzled by our Heartlands show home in Corby? Now you can have one, too!
Spring success on the cards for those looking to buy their first home
Moving made easy, thanks to Jelson Homes
Articles from 2017
Jelson Homes and Leicester Mercury launch second consecutive Christmas Toy Appeal
Jelson’s very own NHBC award-winning site manager!
Don't stress, de-clutter!
Jelson helps to put Loughborough on the map for property sales success
Jelson spoils customers with home choices at Estley Green
Don’t leave home without our safety tips!
How to keep track of everything when you’re moving house
Leicestershire housing market strong despite national slow down
Jelson launches Poppyfields
The outdoor-living season is within touching distance!
Tap in to discover how much
Jelson bucks trend of house price increases
Gardens are in, parents are out a new survey says!
7 home buying and saving tips I wish I would have given to my younger self
Jelson’s two-bedroom homes are more than meet the eye
Easy living at its very best at Peacock Place
Jelson helps buyers ease into a January new home
Articles from 2016
Peacock Place presents a most beautiful show home
Move to Markfield this Christmas
Part exchange makes home buying easy in Peterborough
Mortgage approvals buck the Brexit trend in Leicestershire
Stay safe this Bonfire Night
Hillcrest – a Help to Buy hot spot location
Retro show home is cool, baby!
Famous three at The Brant
Hallam Fields has a new show home!
Popular home development offers ready-to-move smaller properties
Jelson backs NHBC findings
A show home of space, style and luxury in Blaby
Jelson opens its doors to new homes in Hucknall
Staycation tips from Jelson Homes
New season, new start, new home in Birstall?
New season, new start, new home in Peterborough?
New season, new start, new home in Hinckley?
Coffee morning open-day success
First time buyers are better off with Jelson Homes
The perfect place for first-time buyers in Hinckley
Little hands get growing with Jelson garden donation
Bank of mum and dad still a safe bet for home ownership
Articles from 2015
Young people find mortgages confusing
Jelson’s Christmas selfie competition aims to spread goodwill to all
Jelson has its apprentices all signed up!
Construction is a family affair
Articles from 2014
Jelson’s toy appeal is delivered for Christmas!
Jelson’s road safety campaign is a wrap
Jelson unwraps its toy appeal for second consecutive year!
Jelson Homes warns home buyers not to be put off by new mortgage application rules
Articles from 2013
Garage survey home truths: Men want a ‘hubbyhole’,
Sue on camera to help home movers 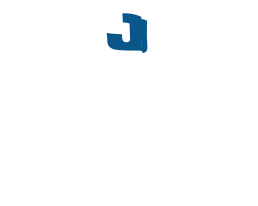 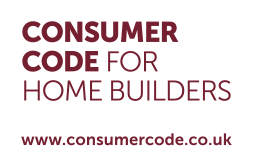